Almost all humans have judged a person and made assumptions about them based on looks, most of the time without realizing what they’re doing. According to Linda Blair, a clinical psychologist, we assume things about people within an average of 7 seconds, before even speaking to them. Just walking down the street, we assume all kinds of things about people, from popularity to personality. If we haven’t met these people or had any conversation with them, these assumptions are made entirely on looks. Whether it’s body shape or clothing, hair or accessories, thinking one way or another about someone before meeting them isn’t fair or kind.

There are a few different ways we judge people: maybe you’re in public and you see someone and make assumptions about their personality or ‘type’ based on what they’re wearing. Another way that people judge is when someone doesn’t buy you a birthday present. Maybe they couldn’t afford one. Or if someone texts something harsh and you get mad, they might have realized later that they didn’t mean it the way it sounded. In this blog post, I will mostly be talking about the first type of judging, where someone makes assumptions about a person before meeting them.

All of this judging comes from a lot of things, the main ones being society and stereotypes. They really go hand in hand. Society has taught us that nerds have glasses and girls have long hair, that thin is good and fat is bad. They taught us that nerds aren’t the right people to hang out with if you want to be ‘cool.’ Because society has put this into our heads, we automatically assume if a person is wearing glasses they are a nerd, and because they are a nerd they aren’t ‘cool’ and don’t deserve our attention or time. Glasses are meant to improve eyesight, not to be associated with popularity. We think that because someone’s shoes are dirty and they have a wrinkled shirt that they don’t care about their appearance or are sloppy. What if they’re poor and can’t afford something else? We see someone who is holding a Starbucks cup and think that they’re ‘cool’ and worth hanging out with, throwing the person with the glasses and the dirty shoes aside. These images that society has put into our heads using stereotypes are terrible and shouldn’t be supported when we judge people based on of them.

A person’s face can have a huge impact on our first impression of them. Blue eyes and blonde hair? Surf girl, from California. Milk mustache or food on face? Ugly, gross, immature. People have opinions on most things, like hairstyles, and that’s okay, as long as it doesn’t influence your feelings about the person. If you don’t particularly like pigtails, go ahead, but you can’t dislike someone because they’re wearing pigtails before you’ve met them . I have a pixie cut and I’m a girl, but a lot of people assume that I’m a boy, just looking at the hairstyle.

Clothing can also have a huge impact on who you like and don’t. It can be associated with what styles you like, and what new trends you like. If someone isn’t wearing your favorite color, why should you dislike them? Just because a person is wearing Crocs or a bright green shouldn’t affect what you think of them.

I’m going to have to admit a lot in this blog post, so here goes. When I find myself judging someone, rather than stopping I often try to find ways they could change their appearance to make a better impression on people, not just me. Do they have pimples? Use some pimple cream. Does their outfit not match? Learn from others that black complements everything. It’s absolutely terrible, and I feel terrible admitting that I think these things, but it’s true. After writing this, though, I have realized that I haven’t been judging people as much as I did before writing this. Now, sometimes when I’m in public, I’ll close my eyes and then look up and immediately think ‘friendly, hard working, kind’ to whoever I see first.

Although assuming facts and judging someone before meeting them is wrong, there are a few ways you can stop doing it. When you find yourself judging someone you haven’t met, forget what you would originally think of them and think of them as someone nice and someone you would be interested being friends with. Remember that their clothing or hairstyle should not determine what you think of them. Look at yourself. Would you like to be judged based off of your outfit? If you are in a public place (where introducing yourself wouldn’t be weird) introduce yourself to someone who you might have categorized as not a good person or someone who isn’t worth your time. Go to someone older than you, someone younger than you, someone the same age, anyone. Introduce yourself, say a few things about yourself. Ask them some questions. I can almost guarantee that the prediction that society and stereotypes put in your head won’t be true, and you could even find them as a new friend.

Why should personal styles determine what people think of you? Learning how to avoid judging people is very important. Judging is something that everyone can improve on, and learn from. When you find yourself judging, think of the person as a person, not a personality or type. Look at everyone as a person, instead of someone popular or nerdy. Judging can be stopped, but you need to start with yourself. Love yourself, and love everyone else.

Imagine If We Could Change the World~Girl Scout Troop #3225 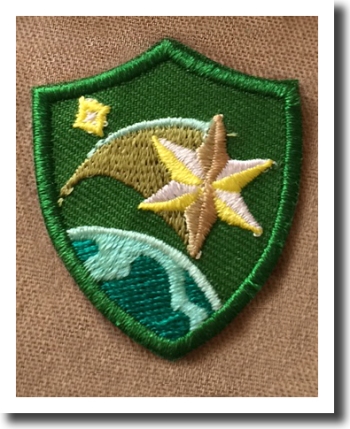